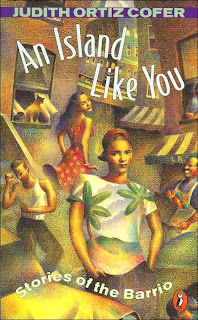 An Island Like You: Stories of the Barrio by Judith Ortiz Cofer. New York: Puffin Books, 1995.

It seems fitting that the first Pura Belpre Award winner in the narrative category is by Judith Ortiz Cofer who, like Belpre, is a native of Puerto Rico. Cofer came to the United States at a young age and, like the characters in the stories that make up An Island Like You, grew up in Paterson, New Jersey. This collection of stories features Puerto Rican-American teens growing up teetering that all-too-familiar line between cultures. In addition to the cultural divide between the children and their parents, socio-economic and racial divisions, provide conflict throughout the stories.
While twelve separate short stories, characters reappear throughout giving each distinct person an opportunity to share his or her voice. Each character is a study in adolescence with all its complexities and its ups and downs. The reviled bully of one story becomes the heartbreaking hero of another. The bad girl who draws little sympathy in one story mourns her father in another. Cofer created multidimensional characters that are more than just one thing or another. Weaving them throughout each other’s stories allows the reader to see them in different lights, to understand how they relate to one another, and to discover the sources of their pain and inner conflict, proving that there is often more than meets the eye. Cofer’s characters are diverse in personalities, interests, and appearances, breaking the stereotypes that often come with Latino, and in this case specifically Puerto Rican, characters in the media. You get the punk, the beauty, the ugly duckling, the brain, and more. Their cultural background makes them different in some ways, and yet, as teenagers they belong to a distinct culture of sorts that has nothing to do with differences in language or appearance. One of the most interesting features is the fact that many of the characters are not fluent in Spanish, perhaps one of the reasons why many of them struggle with conforming to the world in which their parents are trying to raise them, one in which they attempt to insert the culture, religion and ways of their own childhoods into a completely different time and place. One of my favorite passages that illustrates these clashing worlds is from “Home to El Building:”

Anita walks slowly past the familiar sights: shops, bodegas, and bars of the street where she’s lived all her life, feeling like she’s saying adios, and good riddance to it all. Her destination is the future. She is walking toward love. But first she has to get past her life that’s contained by this block. The barrio is like an alternate universe. That’s what they call it on Star Trek when the crew of the starship Enterprise find themselves in another world that may look like Earth, but where the natives have history turned around, and none of the usual rules apply. In these streets, on this block, people speak in Spanish, even though they’re in the middle of New Jersey; they eat fruits and vegetables that grow only in a tropical country; and they (Anita is thinking of her parents now) try to make their children behave like they were living in another century....

Having grown up in the alternate universe that was my Miami neighborhood, I know exactly what Anita is talking about, as will many other young reader growing up with similar experiences.

While there are no specific pop cultural references, some of the stories do have a somewhat dated tone. The story “White Balloons,” in which the neighborhood teens rally to help out a gay man who grew up on the barrio and returns, sick with AIDS, to fulfill a dream before he dies, feels like it comes from a very specific period in the past. I am not so deluded to think that uninformed and backward attitudes towards homosexuality and AIDS have changed drastically, but these have changed to some extent in the past couple of decades, which makes the story feel very early-to-mid-1990s.

Not sure how often this book is assigned as high school or college reading. It was assigned in a recent class I took on books and other material for young adults. I have to wonder if this is a testament to its ability to stand the test of time or if there has been no other work of Latino-focused YA published since 1995 worthy of inclusion on the reading list of a YA literature course. Nevertheless, it is a classic of Latino youth literature. The struggle to find one's place will resonate with teens regardless of racial or cultural background.
Posted by All Brown All Around at 10:38 AM 2 comments: 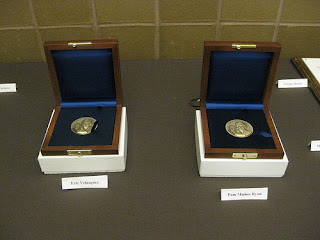 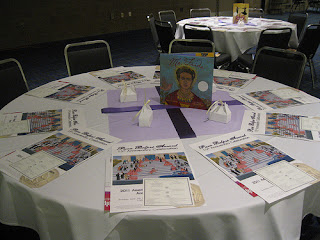 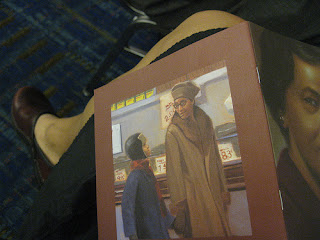 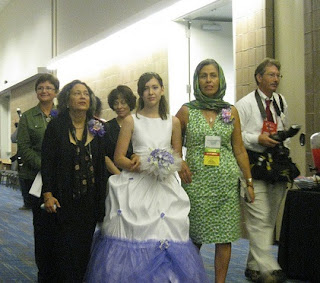